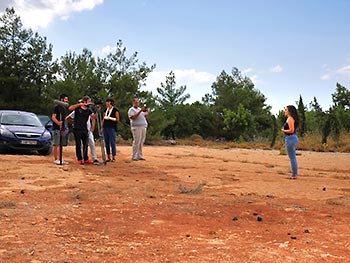 Two radio and two TV spots were produced for raising environmental awareness to both the public and the administration. The productions were made in the framework of LIFE Natura Themis project implemented by University of Crete – Natural History Museum of Crete. The main promotion messages were: “The Law in the service of Environment” and “Rights and Responsibility for the Environment“.

2016 – Conservation of the cave fauna of Greece 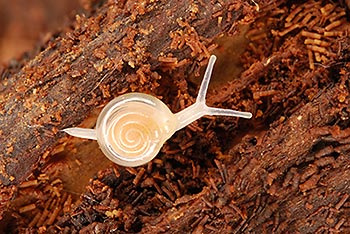 Aiming to fully document the status and conservation needs of the cave fauna species of Greece, raise public awareness and assume targeted conservation initiatives for important cave sites and cavernicolous species, this project is a major milestone in HISR’s activity. The scientific collection of invertebrate cave animals, which was mainly collected during 1984-2004 and includes thousands of samples from hundreds of caves in Greece, will be settled, identified and secured. At the same time, the assessment of published data will be completed and will be available to everyone through an online database. All the scientific work is targeted to the documentation of conservation status and needs of the cave animals of Greece. Assessments will be imported to relevant databases (e.g. IUCN redlist & Fauna Europaea) and will be used for the preparation of proposals that will improve their conservation status (e.g. proper bat gating, design of wildlife refuges). We are working close to Greek caving clubs transferring knowledge and knowhow on conservation issues. Young speleologists will be trained on conservation issues of cave habitats and species. Furthermore, produced data and other material will be available to schools and Educational Environmental Centers, and of course to the educational activities of HISR.

2016 – Production of promoting radio and TV spots for LIFE Natura 2000 Value Crete – “The ecological services, social benefits and economic value of the ecosystem services in Natura 2000 sites in Crete”. 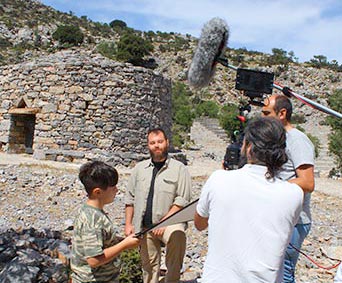 In order to highlight the ecological and social importance and the economic value of the protected areas of the Natura 2000 network in Crete, HISR implemented the production of radio and television spots, covering three themes: 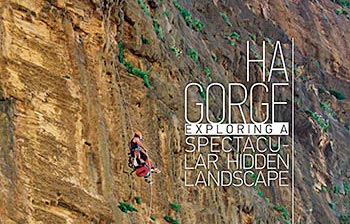 Ha gorge (Lasithi, Crete) is a geotope of international value. It is considered by many to be the “king” of the technical canyons of Crete, however, land uses at the entrance and especially its exit and are inconsistent with its value. In order to highlight the importance of the gorge, HISR implemented a series of actions. The canyon and the waterfall “Mastoras” (215m) were repeatedly descended for data collection, mapping and replacing rappel anchors with new and safe material. The “hidden world” of the canyon was presented at schools in Ierapetra, Agios Nikolaos and Pachia Ammos. A brochure in three languages ​​(Greek English, French) and a 96-page guide in two languages ​​(Greek, English) were published and distributed at events held in Ierapetra and Agios Nikolaos. In addition, sunshaded information panels were placed at the entrance and the exit of the gorge. The actions were completed with a public event at the exit of the gorge and the descent of 70 canyoners. 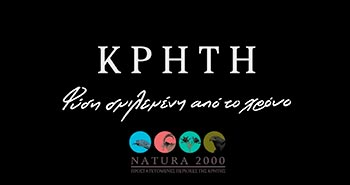 The aim of the project is to raise public awareness and to highlight the importance and the value of the protected areas of the NATURA 2000 network in Crete. The duration of the documentary is 30 minutes, presenting elements of flora, fauna and landscapes from the coastal, mountainous and cultivated areas of the Natura 2000 areas of Crete. 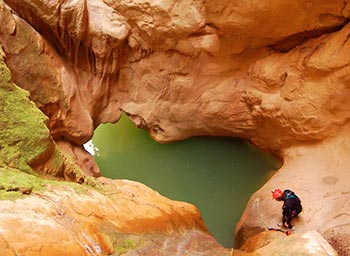 The gorges of the prefecture of Iraklion are biodiversity arks and oases of life in a region with quite intense human presence and activity. They are also unknown to most of the people. With this project HISR highlighted the environmental importance, the educational significance and the recreational value of 6 walking and 7 technical canyons located within the administrative boundaries of the municipalities of Archanes-Asterousia, Malevizi, Minoa Pediados, Phaistos and Gortyna. Thirteen expeditions were carried out by 25 canyoners and scientists in order to collect primary material and data. All gorges were mapped and photographed in detail.  A short video and a slideshow were produced and environmental interpretation posters and a brochure in Greek and English were published and distributed in many presentations made in schools and villages at the region. Additionally, guided tours in gorges and demonstration of decenting techniques were organized, as well as volunteer cleaning of the Tsoutsouros, Astrakiano and Abas canyons with the participation of all the relevant clubs of Crete and a large number of citizens. The actions were completed with a workshop at Irakleion on the future and the conservation needs of these precious areas.

2014 – Natural Park of Psiloreitis: Elements and views of the area 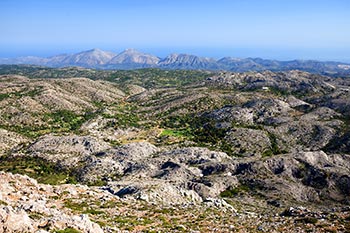 The project aims to raise awareness among the local population and the visitors of Psiloreitis mountain about the Natural Park of Psiloreitis. A guide – book will be reprinted and five thematic interpretation panels will be produced to be used in an information campaign at the villages around Psiloreitis.

2010 – A study of the caves of Stavroupolis Municipality (Prefecture of Xanthi, Greece) 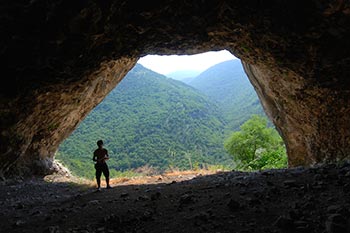 During this project, the caves of Stavroupoli Municipality area were extensively studied. A photographic e-book was produced and educational visits to elementary and high schools of the area were carried out. Finally bat nests (made of wood with HISR guidance and specifications) were placed for demonstration purposes at 20 various sites of the Stavroupoli  area. 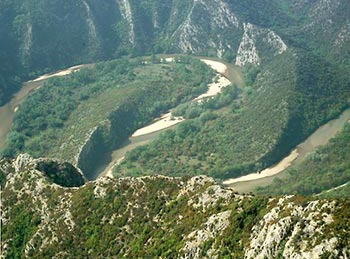 Main target of the project was the environmental awareness of the locals, the visitors, the students and teachers of the former Stavroupoli Municipality area. The actions of the project were based on four thematic axes: the geological evolution and the relief of the wider area of the Straits of Nestos, the life on the karst, the bat fauna Nestos and the relief of limestone volumes. Posters and a leaflet were produced and distributed to students and citizens in a series of awareness raising events in Primary and Secondary Schools of the region, as well as a public event at Stavroupoli.

2007 – Conservation and interpretation of the biotic environment of Zoniana cave (Rethymno, Crete) 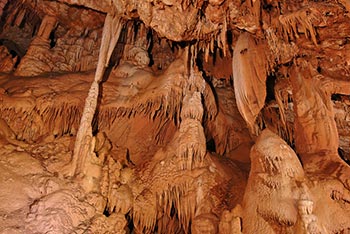 With this project we highlighted the importance of the cave environment of one of the 3 tourist caves of Crete, the cave “Sfentoni Trypa” of Zoniana. A seminar on the analytical training of the guides for geology and speleogenesis, the archaeological significance and the ecological characteristics of the cave and the surrounding area were carried out. In addition, a study was carried out to replace the existing entrance gates with bat-friendly ones and environmental interpretation posters for the cave fauna were produced and placed. The Cave of Zoniana is one of the few, if not the only cave of Greece in which such information is provided. HISR regularly visits the area to monitor the status of the cave fauna.

2005 – Research on the biotic, geologic and historic features of the natural environment and the caves of Neapolis (Lasithi, Crete) 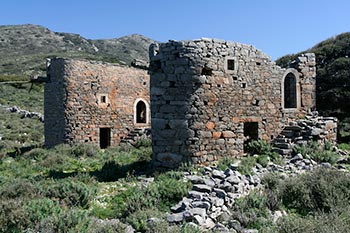 Extensive research and trips were carried out to reveal the uniqueness of the Neapoli area landscape and how it was actually sculptured by Man and the forces of Nature. The result of all these efforts was the publication of a book titled: “Man and Nature of Neapoli area” in Greek and English. 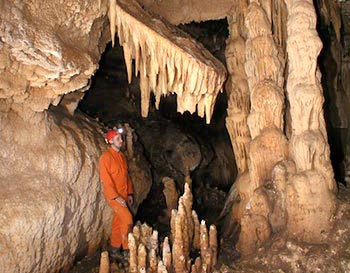 The project was implemented in cooperation with the Department of Geology and the Department of Rural Surveys of the Aristotle University of Thessaloniki (AUTH) and its main objective was to minimize the environmental impact during a possible tourism development of the Cave “Polyfymos” of Maroneia. Three multi-day visits to the cave for the study of its cave fauna were carried out. Furthermore, abiotic conditions were continuously recorded for one-year long using data loggers. The cave proved to be one of the most important in Greece regarding its fauna. Several management scenarios have been dealt with and proposals have been made to preserve the caves biological diversity, focusing on the use of a telematic method for remotely observing the cave chambers and bats.

2002 – Environmental-Biological study of Zervati and Angalaki caves as part of the “Study of the Speleological Park of Sami region”, Kefalonia Island 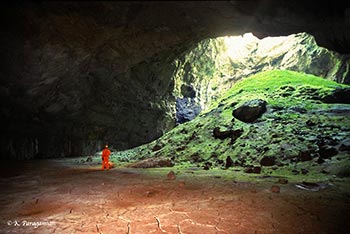 The aim of the project was the environmental and biological study of the Zervati and Angalaki caves. HISR collaborated with the Department of Crete, Hellenic Speleological Society in a multi-day mission to the two caves, during which a full environmental and biospeleological research was carried out and extensive photographic and video documentation were made. The results of the survey were recorded in the scientific study titled “Environmental – biological study of Zervati and Angalaki caves”.